Where the pedestrian is king of the road 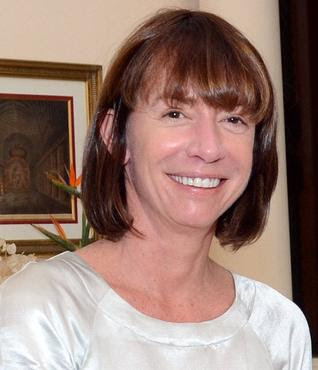 Cities should move on from pampering the car driver to facilitating public transport, cycling and walking, says the New York City Transport Commissioner.

India has a chance to escape the nightmare of urban traffic and pollution. The 600 million people projected to live in the country's bustling cities by 2030 should have the courage to dream of a future where sustainable, equitable and green urban zones could be a reality. So feels New York City Transport Commissioner Janette Sadik-Khan, who was recently in Chennai, and spoke to Ajai Sreevatsan about making cities work better. Excerpts from the interview:

What is your vision of an ideal city?

Firstly, a city administration's investments must improve the quality of life and the economic development opportunities of the city. The two go very much hand-in-hand. The fact that our cities are growing should be used as a lever to invest in the city's basic transport, energy, housing and other systems with a comprehensive approach…It's not about working in silos. It really needs integrated attention across all agencies. I mean, my agency might have just repaved the road. And the next week, the utilities company would come in and dig up the road. Citizens of New York would look at it and think crazy people ran their city. Come on, can't you coordinate that better?

In most Indian cities, the number of cars on the road has doubled or tripled in the last decade. This is largely seen as aping the American model of urban life. Is America having second thoughts on its model?

Other cities need not repeat our mistakes. If you look at Detroit … even they are building a light rail system to bring down the reliance on cars. That's what it is going to take to make cities work well. You really need an effective public transport system, an effective cycling network and an effective way for people to get around by walking. The motorcar should not be the priority. It is something that cities like Chennai and Delhi should take to heart if they wish to leapfrog past our mistakes.

Prioritisation of green spaces, open spaces and public transport — all of those are going to be the hallmarks of a great city in the 21st century.

Did you try walking on Chennai's streets?

(Laughs) We actually did. Had to dodge in and out of traffic amidst an incredible tangle of congestion. It felt like a video game. That's a challenge that is not limited to Chennai. Until recently, New York's approach to transportation had been the same since the 1950s. It basically [looked at transit] from behind a driver's steering wheel and the idea was to make it as easy as possible for cars to go as fast as possible. That idea has outlived its usefulness. And now, we are increasingly looking at the 6,000 miles of streets we have in New York City as really valuable real estate. How do we use this real estate for its highest purpose? We are not going to be pouring more concrete, asphalt and steel to expand our road network. We just have to be more effective in how we allocate the use of this space on the streets. That means three big things – providing bike tracks, bus lanes and sufficient space for pedestrians. Walking is the healthiest way to get around outside of cycling, and a third of New Yorkers do just that. But it's really hard to find a place to sit down. Providing pubic seating is very important. We also need to make it safe. We need to make it attractive. We need to have places that people want to be in.

In New York, there have been attempts to improve accessibility for the visually challenged. Your views on the rights of the differently-abled and the disadvantaged to access public spaces?

We are all temporarily able. And so, the idea of accommodating the needs of everyone is a very important part of creating a world-class city. We found that when the accessibility ramps were installed, it makes it much easier for everybody to get around. And similarly, when we built our bike lanes and we put in the pedestrian islands to shorten the crosswalks, it became much easier for the senior citizens and the kids to cross.

Was there a lot of resistance when attempts were made to pedestrianise Times Square? How did the city convince its car owners that they have to stay out?

We did our first project in 2007. Over a weekend, we converted a car parking lot into a pedestrian plaza. We painted the curbs green and put tables and chairs. It really gave New Yorkers the sense that this change into a sustainable city is tangible. That it is real. The notion of a greater greener city that is sustainable should be made real.

In many ways, Times Square was at the world's crossroad, but it was really a very crummy crossroad. People who came to the Square to look at its great lights only saw a tangle of traffic. You have incredible energy here in the streets. It is very reminiscent of New York. People live in cities because they love being around other people. Pedestrianise the city. Indian cities need to do it. It is an interesting idea to try.

New York introduced dedicated lanes for public transport buses in 2008. Interestingly, the average bus speed in New York until 2007 (seven kmph) mirrors the current experience of Indian cities. Have you seen the public transport bus system here? How can they be improved?

Buses, till recently, were this poor stepchild of our transportation network. And not surprisingly, New York had the slowest bus speeds in the United States till 2007. Now we have three million people using buses daily. It is very important that we prioritise the travel for those people. We have redesigned our streets to give a dedicated lane for buses and priority at signal junctions. We are using traffic cameras to keep the lanes clean and clear of cars. We ticket cars that come into the bus lanes—about 7,000 tickets a month. That's been a great way of preserving the integrity of the bus lane. I think a bus rapid transit system would be a plus in Indian cities. A priority bus lane is the mark of effective cities. Buses move more people, so they should get more priority than single persons driving themselves. It is very important and it can be done quickly and inexpensively. Subway lines, on the other hand, are very expensive to build. New York has a big underground network with 469 stations. But it takes too long to build.